2018 came to a close with Chef Ryan Poli cooking a final meal at The Catbird Seat on December 29th after 3 years with the “avant-garde dining gem.”  It’s a new year and new chefs will be introduced in February. As my friends and I reflected on our “Best of 2018” experiences on New Year’s Eve, I knew, without a doubt, my “best meal” pick was The Catbird Seat.

I recently read a comparison of the dining experience at The Catbird Seat to hearing live music, specifically at the Ryman here in Nashville. The diner, Ben Kuttler, appeared as a guest writer on Nashville blog, Type-A Explorations, and expressively described the parallels between the Ryman and Catbird Seat as a feeling like “a massage at the center of your body.” On the other hand, the late, great Anthony Bourdain was so enamored with the pasta he was served at The Catbird Seat he claimed he would “face-plant in a big fuckin’ bowl of this” and “would wake up and eat this cold in a Tupperware container” like Tony Soprano does with Carmela’s legendary ziti.

High praise indeed. The figurative and literal accounts of The Catbird Seat experience, each an eloquent rendition of the multi-course meal, are both entirely accurate. I’ve been very fortunate to dine at several tasting menu restaurants all over the world and every time it was a special orchestrated performance unique to the chef(s), location and cuisine, not unlike the magical experience of listening to music live. I have to agree with Ben when he described “getting lost in the sound” of live music. Next time you’re at a venue with great acoustics, hearing an extremely talented musician, close your eyes. It feels as if every note resounds through the body pulling at every single heartstring stirring the soul. Tasting food, some things you’ve never heard of before, prepared in a way you couldn’t imagine recreating, the sheer inventiveness baffling the mind, sparks that similar feeling. Sounds of beautiful music and bites of something so indescribably delicious will absolutely move you to the core.

END_OF_DOCUMENT_TOKEN_TO_BE_REPLACED 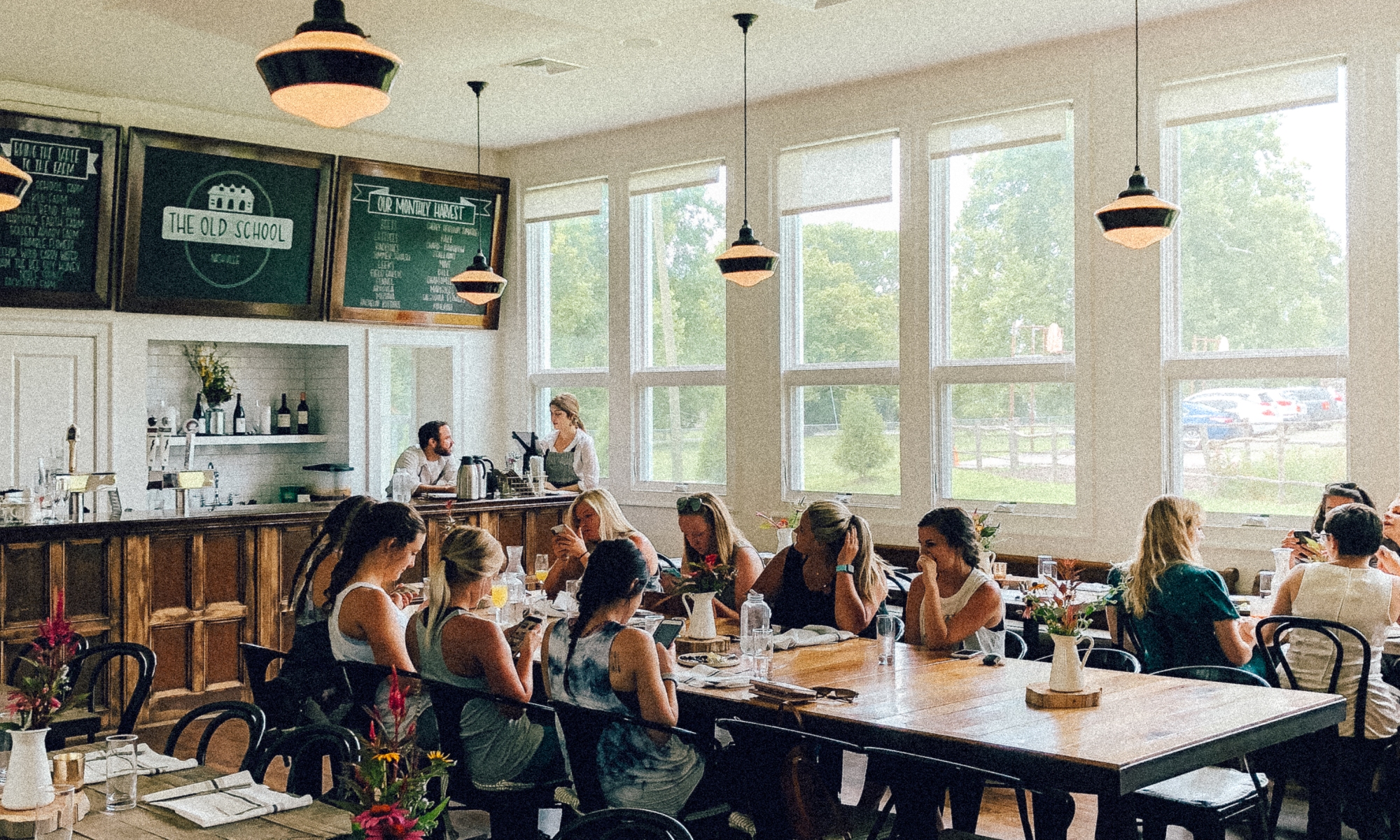 A wonderful thing about Nashville is the abundance of farms that harvest fresh produce for the locals to enjoy.  There are close to 200 farms in and around Nashville cultivating everything from meats (we love the lamb ladies!) and dairy to gorgeous, seasonal produce. Luckily there are many local farmers’ markets to shop these ingredients year round, but why cook when you can bring the farm to the table at the farm’s restaurant?

The farm-to-table trend really began in the 60s and 70s with the hippies ditching processed foods for local and organic food.  Since then, the trend has steadily grown and  became mainstream in the early 2000s, changing diners’ habits and shedding light on the quality of food. Several of the 50 best restaurants in the world are farm-to-table restaurants with NY farm restaurant, Blue Hill at Stone Barns coming in at #11. With increasingly more education on the science of food and how it affects our well-being from overall health, skincare and even our moods, it’s no surprise consumers are becoming more aware of what they are putting in their bodies.

The Old School is a farm-to-table restaurant located in Bells Bend about 10-15 minutes from downtown Nashville on Old Hyde Ferry’s Pike. The farm is an incredible organization dedicated to giving back to the community. According to their website, it’s a “unique non-profit dedicated to producing quality farm-to-table food while providing employment for individuals of all abilities.”

Sean and I first discovered The Old School Farm when we attended our friends’ wedding there in April. The wedding in April was absolutely gorgeous, so I suggested it to another friend who recently got engaged.  She and I made a plan to go for brunch to check it out together. 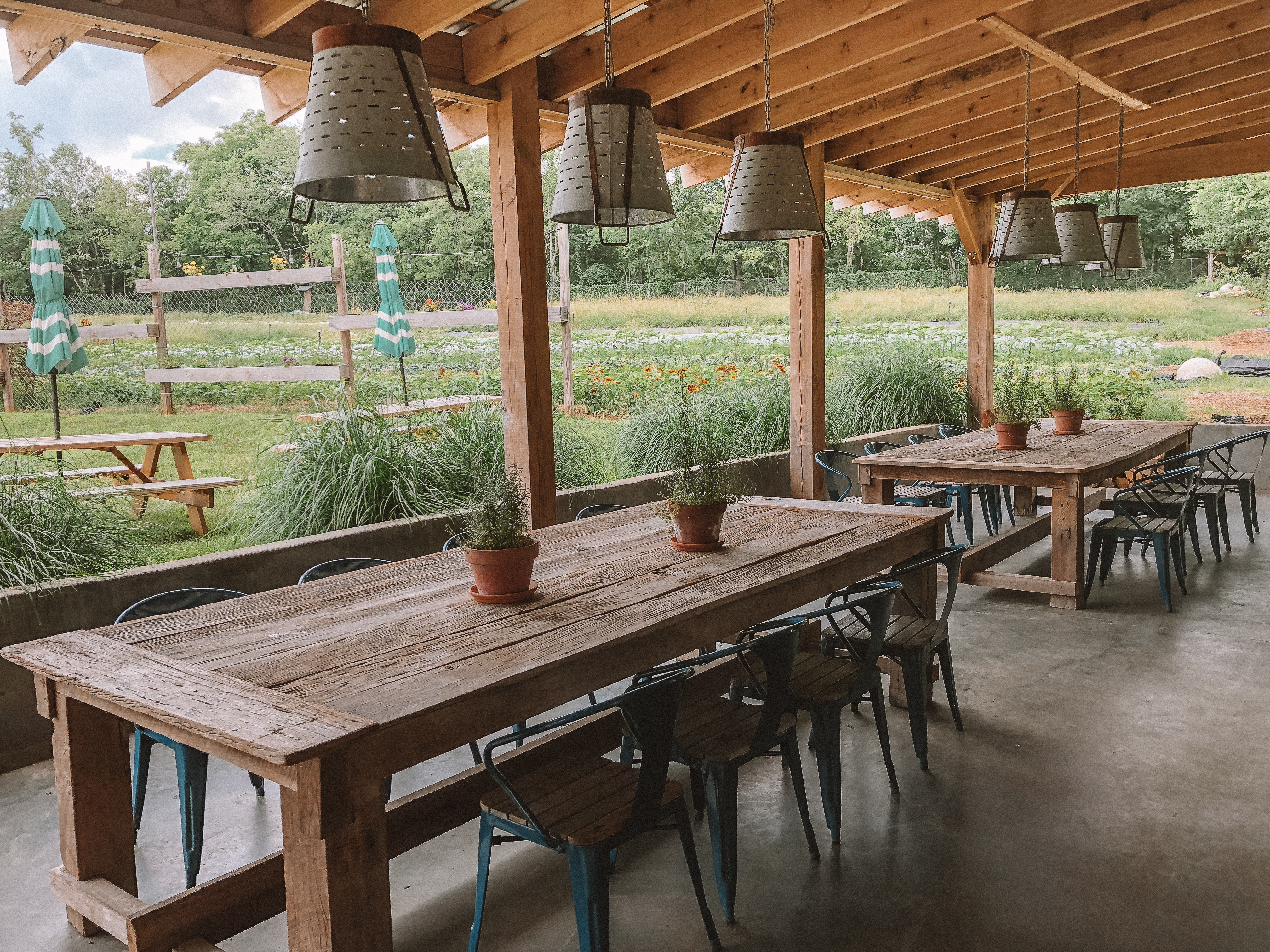